What is a tagline, and how is it different from a headline?

Within my own field, I often encounter copywriters, marketing directors, and other colleagues who seem to think the terms ‘tagline’ and ‘headline‘ are interchangeable. Most commonly, I hear ‘headlines’ referred to as ‘taglines’ (or ‘tags’). I’m here to set the record straight, and hopefully alleviate one of my pet peeves. If people in my own industry don’t recognize the difference, I certainly can’t expect my clients to understand the terminology. So for all you entrepreneurs out there who are either in the process of starting a new business, or refreshing the identity of your current business, read on for some information to help you better communicate with your marketing team.

Definition of a tagline

A tagline is one short phrase (usually no more than 8 words) that describes the purpose, product, service, or philosophy of your company. The tone of the tagline sets the voice for your business, and should appeal directly to the type of client/customer you are trying to attract. The tagline is your slogan. It’s a phrase that’s meant to be repeated over and over throughout advertising, websites, even corporate stationery or business cards, building recognition for both your business’s name and personality.

Taglines can change over time, but they don’t (and shouldn’t) change frequently. And you’d never have or use more than one tagline at a time. They are meant to be a constant, much like your logo and business name. Of course, when a company updates their logo or brand, you will often see a change in the tagline too. But the life of a tagline can be years.

Some instantly recognizable taglines (not all are in use now) include:

Sometimes, a tagline is built into the company logo. Take, for instance, BMW. When you see the BMW logo presented in the U.S., you always see the tagline “The Ultimate Driving Machine”. In fact, in BMW’s case, it’s part of their corporate guidelines. 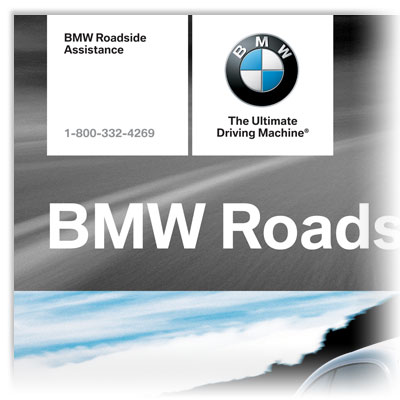 Here’s a few more examples of logos you’ll recognize that include taglines. These taglines don’t necessarily always appear with their respective logos.

So then, what’s a headline?

This is a design and marketing blog, after all, so let’s talk specifically about advertising campaigns. When brainstorming and creating an ad campaign, and presenting it to a client, several headlines will be developed that would play out throughout multiple ads and platforms. Each headline might be combined with different imagery, and they all will have a common theme. The headlines may be geared specifically to the market you are reaching with that ad (i.e. the headline for an ad in US Weekly would probably not work so well for an ad in the New Yorker, assuming you even have a product that would apply to both markets). And each ad may also include the company tagline. Take a look at the following ad campaign for MINI. The MINI tagline (Let’s Motor) is repeated on each ad. But each ad has a different headline. 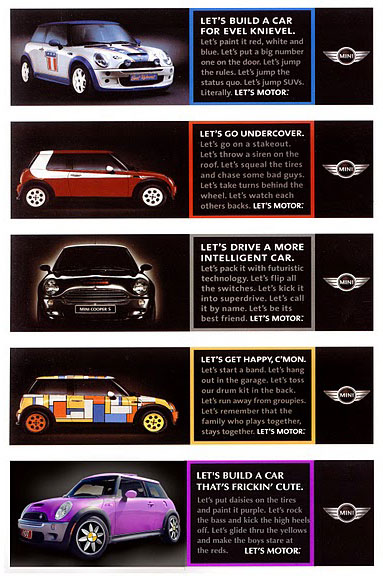 It is true that there are times when a tagline might function as the headline as well. When a brand is particularly well known, the ad campaign may be relying on the logo and tagline to sell itself. Shocking and/or captivating imagery is used to pull the reader in, rather than a headline. Here’s a humorous (some would say crass) example of how Nike has used their tagline as a headline. 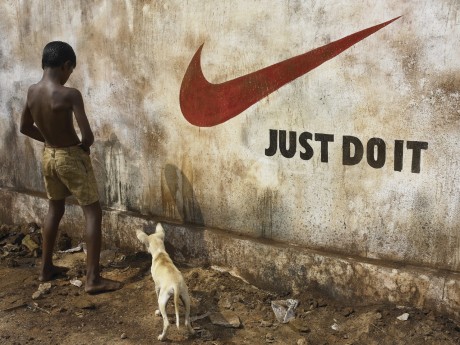 Hopefully, you now have a better understanding of the differences between a tagline and a headline. The next time you are working with a designer—whether it’s to craft your logo and brand, or work on an ad campaign, or even to develop your company website—you’ll know what’s meant when asked “Do you have a tagline?”

Defining Your Brand: Throw creativity out the window

Mythbuster: Your logo is not your brand.

Rebrand vs. Rename: Which is right for your business?

How powerful is your brand? Contact us to find out.

Get Branding & Marketing Tips Delivered to your Inbox!